The first religious order to reach North America, the French Ursulines founded a school in Quebec in 1639. They opened a convent and academy in New Orleans in 1727, and built their Galveston, Texas, house in 1847. In 1873, Monsignor Claude M. Dubuis, Texas' first Catholic Bishop, determined that the fledgling city of Dallas needed the Ursulines. 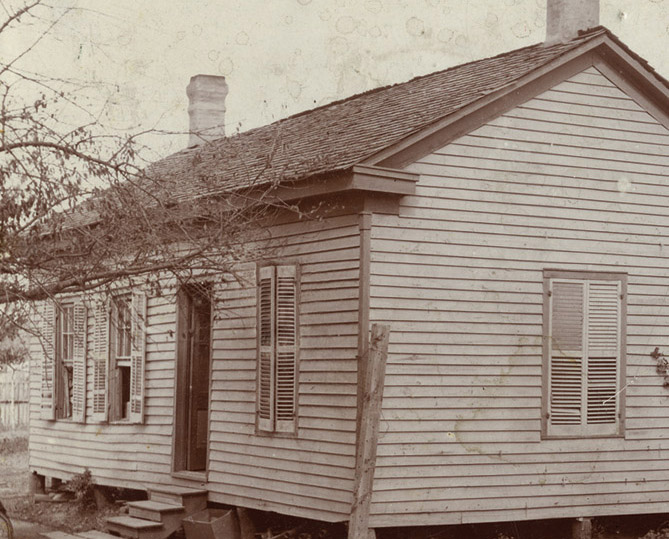 It was an unusually severe winter and the four-room frame house Bishop Dubuis had built for them supplied little shelter from the weather. Water froze indoors and broke pitchers on the washstands; rain and snow dripped through the roof, soaking the beds, bedding and other furniture; and only one room had a stove. Nonetheless, the Sisters set about their work.

On February 2, less than a week after they arrived, the Ursulines opened their school with seven day-students.On January 28, 1874, six Galveston Sisters, led by Mother St. Joseph Holly with $146 in their common purse, arrived in Dallas by train to establish a school in the frontier town. Their luggage had been lost and they had not been able to sleep. Incredible hardships lay ahead. 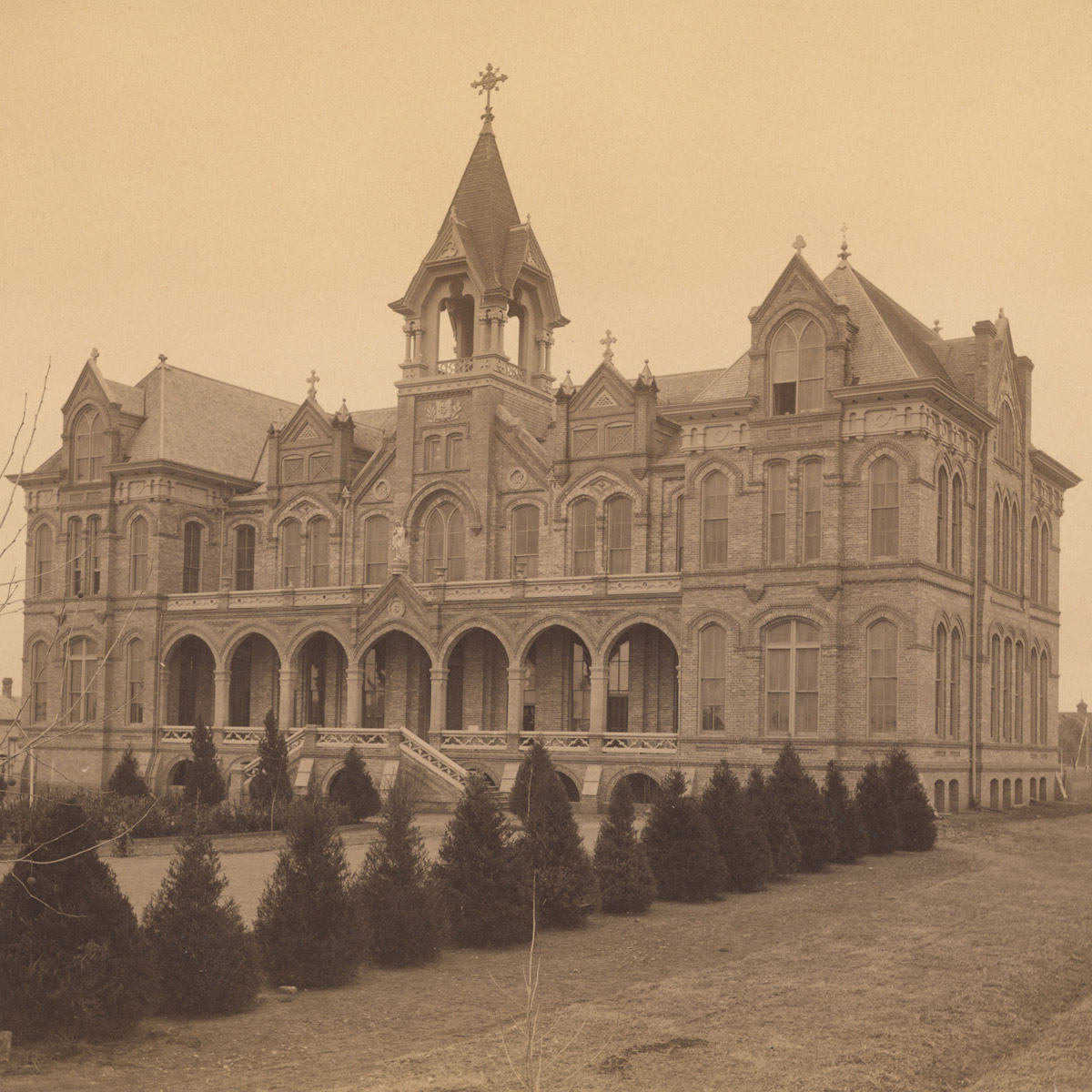 By the end of the first term, Ursuline Academy had grown to 50 students and the Sisters borrowed money to erect a better two-story building.

By 1875, the Ursulines were able to establish their new convent and a day and boarding school. But they would still have to deal with and transcend the hot Texas sun, which had burned vegetables in the ground that summer; the bitterly cold winter that followed — so cold that the rock foundation crumbled and had to be replaced — and the economic depression of the 1870s.

In 1882, the Sisters began construction of their third building on a 10-acre site in East Dallas. In 1883, work was completed on the handsome Gothic structure designed by Nicholas J. Clayton, who had planned many of Galveston's beautiful structures.

News of the Ursulines' presence in Dallas quickly spread to other areas and newspapers praised the Academy and its curriculum. In 1878, Ursuline Academy of Dallas was chartered by the Texas State Legislature. By 1890, the Academy was drawing students from many states and Mexico, as well as from some of Dallas' most prominent families. The Ursuline Academy Alumnae Association was formed in 1899.

In 1950, Ursuline moved to a new building at 4900 Walnut Hill Lane in North Dallas, site of the present-day campus. Growing steadily over the years, the Academy's expanded facilities now include 16 buildings beautifully situated on nearly 28 acres in the park-like setting.

Ursuline Academy has been an important part of the Dallas community in many ways. The Ursuline motto is Serviam, Latin for "I will serve." A key goal is for students to embrace a lifelong commitment to community service. Ursuline alumnae have earned an excellent reputation for service to the community, not just as students but also later in life. 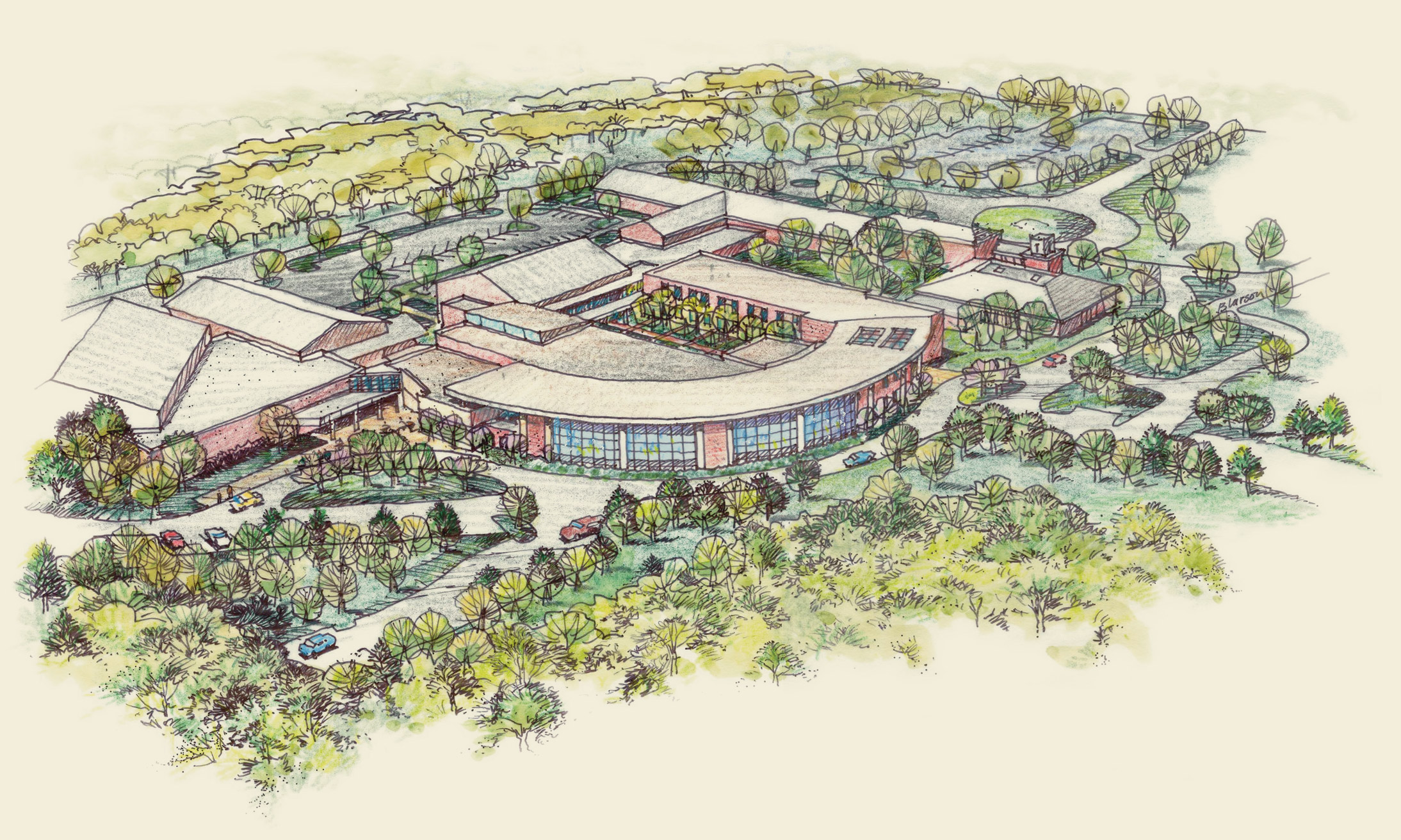 Progressive methods of education are characteristic of the Ursuline tradition. Today every student has a laptop computer, an approach that has broadened the educational venture, in and out of the classroom. In 1996, Ursuline was one of six schools in the United States to pioneer the "Anywhere, Anytime Learning" program in partnership with Microsoft. In 2017-2018, Ursuline was selected by Microsoft as a Microsoft Showcase School for its excellence in transforming its learning environment to deliver more personalized education to students.

Sharing gospel vision and values, Ursuline educators around the globe empower their students to be a transforming presence in today's world. With strong support from parents, alumnae and friends in the community, Ursuline Academy of Dallas continues its mission to prepare young women to be strong Christian leaders. St. Angela Merici's dictum — to treat each young woman individually — is still the time-honored approach to education at Ursuline Academy.

The mission and rich heritage of Ursuline Academy are rooted in the vision of St. Angela Merici, who founded the Order of St. Ursula in Brescia, Italy, in 1535. At a time when the talents and abilities of women were largely forgotten, Angela realized the crucial role of women in the church and the world, as expressed in her writings: "Love your daughters equally; do not prefer one more than another, because they are all creatures of God. And you do not know what He wants to make of them." Angela's vision and mission quickly spread throughout Europe and the education of girls became a primary ministry of the Ursuline order.