At Ursuline, every student learns how to code.

Because technology is limitless, so is imagination, and the Academy's Computer Science Department keeps each student on the cutting edge.

Ursuline requires a year of computer science to graduate, and emphasis continues to be on programming. Students learn Java in multiple classes.

They use four 3D printers and Rasberry Pi, a mini-computer featured in Introduction to Computer Science classes. Student create their own smartphone apps, and get to understand computers at the basic level with arduino boards in Introduction to Digital Applications class. Webpage Design and Development class teaches Bootstrap, a popular web development framework. 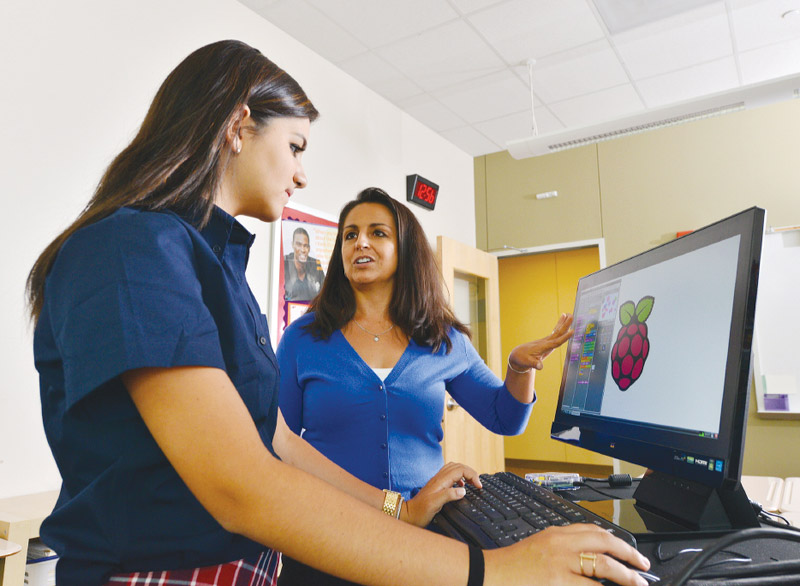 "Ursuline allows us to drive our own curriculum and try new ideas. In class, we want programming, but also critical thinking and design. Computer Science offers open-ended problems, and that's what our students will face in the real world.”

Ursuline educators show enthusiasm and knowledge about their subject by:

May you sustain and carry out vigorously and faithfully the charge laid upon you.
— St. Angela’s Prologue to the Counsels

Learn More About
Excellence in Teaching